Genuine Sprung Timber Sports Flooring is like a fine instrument. It must be cared for properly, cleaned professionally to a prescribed program – with the right equipment. 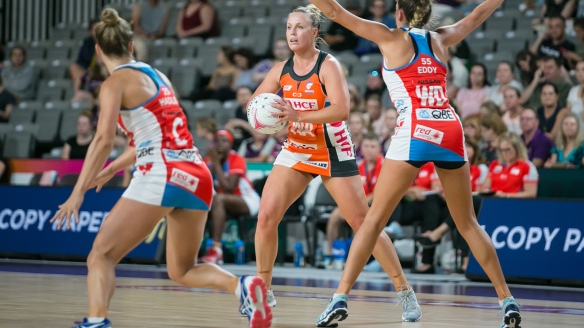 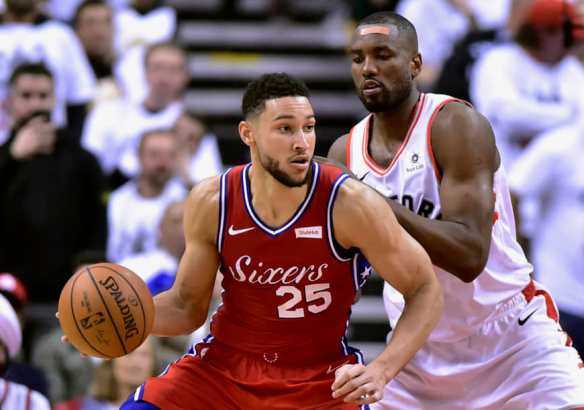 Cleaned effectively and professionally a Timber Sports Floor provides a premium surface for both professional and amateur competitions. Expert cleaning will ensure the longevity of the court and definitely reduce wear and tear on court surfaces. 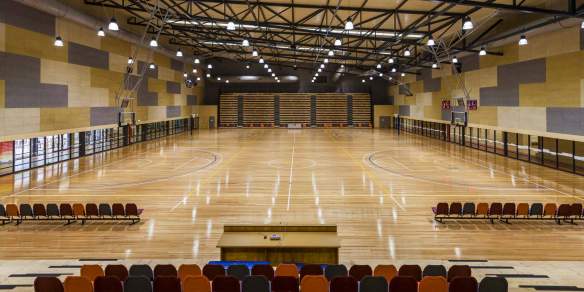 This is especially important in preparation for major events at your sports facilities and equally after the events have occurred. Expert cleaning – with the right equipment – reduces slippery floors, protects floor coatings which reduces wear and tear and ultimately provides both a superior playing surface and a court suitable for a minimum annual maintenance schedule.

When you consider it, Nellakir construct many of the better known stadium and school sports flooring, they also provide an efficient and effective annual maintenance program – re-coating, re-lining and on cyclical requirement re-sanding and re-surfacing. Why not trust your valuable court’s cleaning regime to the experts in Timber Sports Flooring. Complete the circuit and call Nellakir for: 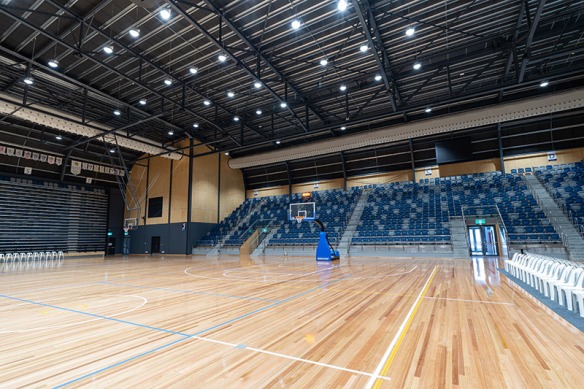 Call the experts, be confident your sports facility’s timber flooring competition courts are cleaned and maintained at the highest level ensuring always the provision of a premium playing surface. Whether it’s the Harlem Globetrotters, the Boomers or your local Netball juniors, be confident you are providing the very best in Timber Sports Flooring for your patrons.

Call now on 03 9467 6126 or 0417 384 100 to discuss your needs, maintenance and cleaning requirements. Arrange a free on-site consultation to discuss scheduling and pricing.

The Sports Flooring of Champions.

It’s the first time. The kids have always played on concrete or asphalt courts. The trainers squeak as they run across the timber floor, and they feel so light. Yes, the spring is amazing. It’s a proper Sprung Timber Sports Floor from Nellakir. Using FIFA approved ASF Horner Sports Flooring Systems supplied exclusively in Victoria by Nellakir. Right here at your local stadium – Wantirna, Casey (Cranbourne Nth), Keilor, Werribee – the list goes on. 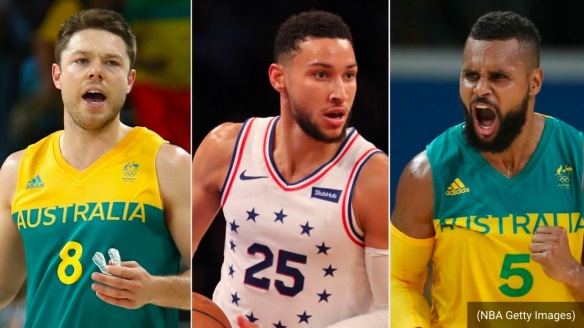 It’s the real deal. And now with the Victorian State Government’s PPP – Private Public Partnership – your children, your wife and you ALL get to play on a professional timber sports surface at your local school. 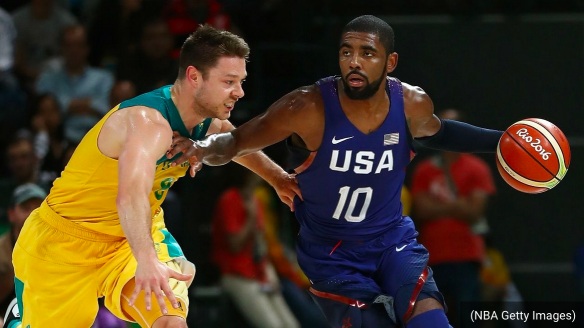 The next Ben Simmons, Jonah Bolden, Aron Baynes, Matthew Dellavedova, Dante Exum or Andrew Bogut may well be playing a scratch game this weekend at a local primary school – on a genuine Sprung Timber Sports Floor.

So always ensure your kids get the chance to hone their skills on a well maintained and constructed Timber Sports Floor. For all enquiries regarding construction and maintenance of premiere FIFA approved Sprung Timber Sports Flooring – call the Experts – Nellakir on 03 9467 6126, or leave a message here for a prompt reply.

Nellakir – Championship Sports Flooring for Current and Future Champions – you can depend on it.

It looked like it was ‘all over red rover’ for the Philadelphia 76s in game 6 against the Toronto Raptors – Toronto was up 3 games to 2. Ben Simmonds, the Aussie reigning rookie of the year was in the doghouse – then this!

Now the playoff is squared at 3/3.

A Ben Simmons who plays downhill is one who makes the Philadelphia 76ers a contender.

Entering Game 6, there were questions, and rightfully so. How can the reigning Rookie of the Year make an impact against a team that was so expertly scheming him out of the game?

His answer began with an authoritative start, controlling the pace of the game, en route to 21 points, eight rebounds, and six assists; the Australian leading his 76ers to a 112-101 win against the Toronto Raptors.

“I think it was making a point of actually doing it, and not talking about it,” Simmons said of his aggressive start. “Obviously I’m pretty quick, so I’m able to push the ball, just being aggressive downhill and playing my game.

With the win, the 76ers kept their postseason alive by tying the Eastern Conference semi-finals series at 3-3, forcing a decisive Game 7 is set for a tip-off on Monday (AEST) in Toronto.

Entering Friday’s game, Simmons had yet to make his mark in the second round of these NBA Playoffs. The 22-year-old was averaging just 9.4 points, 7.0 rebounds, and 4.6 assists a game, while being tasked with defending Kawhi Leonard, who’s convincingly making his case as a top-3 player in the world.

Instead of folding, Simmons answered the call. He was aggressive from the tip, playing like the point guard of a team with their backs on the wall. By the end of the first quarter, he had eight points and five assists, having asserted himself in a way we hadn’t seen all series. 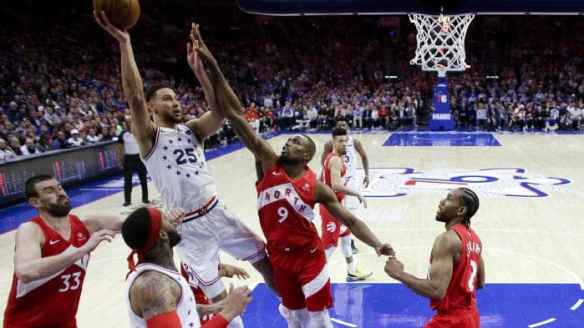 “His no-turnovers, his attack mode, his four offensive rebounds. His push in pace on miss shots especially. All those things were what made him be an NBA All-Star at 22 years old. I thought he was excellent tonight, and we needed it all.”

Of course, it wasn’t just Simmons. Jimmy Butler played a significant role in the first half, ultimately finishing with 25 points and eight assists, while Joel Embiid’s relatively poor shooting night — 5-of-14 from the field — was irrelevant because of his dominant defensive performance; the centre finishing with an impressive +40.

Once again, it was Leonard who led the way for the Raptors — posting 29 points and 12 rebounds in his team’s loss — but the 76ers’ stifling defence made it difficult for his teammates to get going.

After the game Raptors head coach Nick Nurse praised Simmons for breaking out of his recent slump, and making an impact on both ends of the floor.

“I think our poor shooting got him out in the open a lot. I think he was certainly aggressive,” Nurse said.

“Give him credit. I thought he made a lot more straight line, non-hesitant moves tonight. When he decided to go, he decided to go and he wasn’t thinking about passing. He was taking to the rim and we weren’t providing enough helps down there. And he hurt us on the glass early. We had a couple of good defensive possessions and then his big arms and hands came up and tipped them in.”

Simmons credited his teammates for his ability to play downhill: “Spacing,” he said. “Guys being in their spots, where they need to be, also allowed me to do that. Just me having that mindset of getting downhill, making plays.”

The series has gone back and forth, to the point where it’s tough to point to who’ll end up booking a spot in the conference finals. Both teams have shown the ability to dominate the other; it seems to just come down to what iteration of each roster shows up on any given night.

For premium Timber Sports Flooring construction and maintenance, call Nellakir on 03 9467 6126 or leave your details here for a prompt reply.

Nellakir – The Sports Flooring of Champions.

Netball is increasing its public interest exponentially. The National competition has major ‘Free to Air’ coverage and the sport is proving to be the most popular women’s sport after Swimming.

Nellakir are proud to be involved with providing the very best in premium Sports Flooring for the highest levels of Netball competition throughout Victoria.

The Sports advancement in Western Australia demonstrates its meteoric rise in popularity.

From the ABC news today…

It is a frontier year for netball in Western Australia. 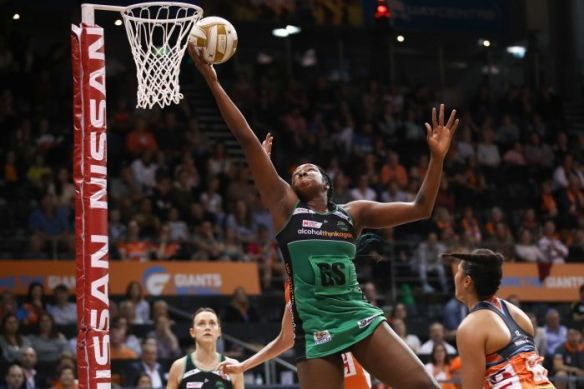 The Fever is dealing with higher expectations after a grand final appearance last year, a permanent move to Perth Arena and a new lucrative sponsorship deal that is worth a record $5 million to WA netball over the next three years.

The sport is now in rarefied air, and it has been a progression built on years of hard work.

As the Fever won its way to a maiden grand final berth it became the main show in town — crowds were big, media attention was high and community interest in the Perth team peaked.

The Fever also did 170 media appearances in the week leading up to the decider.

With those sorts of figures, it is no wonder the Fever has just signed the biggest sponsorship deal in the history of women’s sport in WA.

According to the Australian Sports Commission, netball remained the number one team sport for girls last year despite Australian football, cricket, soccer and rugby all making concerted efforts to increase the number of females playing their respective sports.

Swimming was still the overall favourite, accounting for 33.9 per cent of girls aged 0-14, with netball at 13.3 per cent. 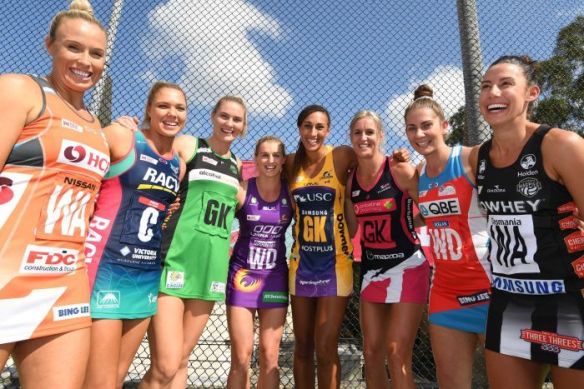 Nielsen Sports said more than one in five Australians are fans or consumers of netball — and that is something which makes it even more appealing for broadcasters, according to media analyst Steve Allan.

“One of the things about netball is it has a very attractive demographic from a telecaster’s point of view,” he said.

‘The sport has moved to new heights’

Netball Australia has formed an independent commission ahead of this year’s Super Netball season, following the framework set out by leagues such as the AFL and NRL, with the aim of being the top sporting league for women globally.

Sport Australia CEO Kate Palmer said it was another big step in the right direction. 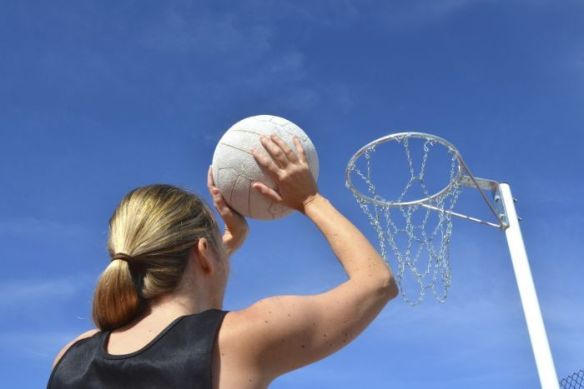 “I think this is the next iteration of the sport in this country, and certainly under the [Netball Australia] leadership of [CEO] Marne Fechner and [chair] Paolina Hunt, the sport has moved to new heights,” she said.

“We have seen this in other sports — once you move to an independent commission, you get different levels of expertise in this space.”

In an increasingly crowded sporting market, netball is stronger than it has ever been.

To ensure your Timber Sports Flooring is always presented in premium playing condition, contact Nellakir on 03 9467 6126 and arrange a free consultation on all your maintenance requirements. Nellakir offer a sensible annual maintenance package. The Nellakir team can competently provide re-surfacing, re-lining and where required re-sanding. Call now or leave your details here for a prompt reply

Nellakir – The Sports Flooring for Champions