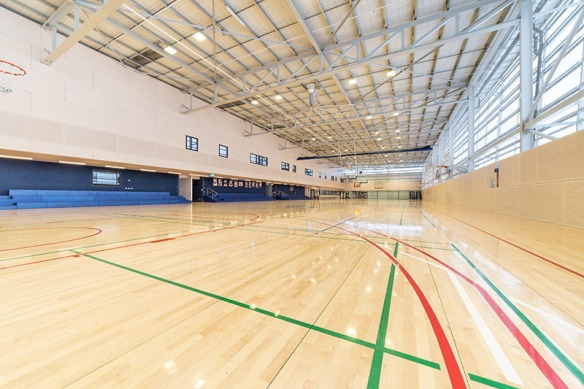 Late last month, the Victorian Government announced it would be embarking upon a $2.7B construction blitz to counteract the negative effects of Coronavirus on the State’s economy. A substantial part of the construction package will be more that $1 billion to be spent on upgrading schools and school facilities.

Nellakir has been deeply involved in the current Public Private Partnership (PPP) scheme constructing and installing many multi-use indoor timber floored facilities which provide space for Basketball, Netball, Volleyball and other team sports as well as Gymnastics and a designated indoor assembly area. With this funding injection to the sector there will be no doubt many more Primary and Secondary Schools enjoying a modern upgrade of their facilities. Basketball and netball, for both boys and girls, are two of the fastest growing junior sports in Australia.

Here is the Government press release in full… 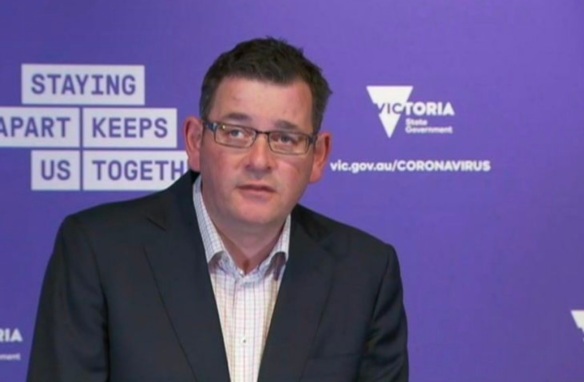 Premier Daniel Andrews has announced a $2.7 billion construction blitz, including more than $1 billion to upgrade schools, to stimulate the Victorian economy and create thousands of jobs.

“The Government will invest that money to deliver hundreds of projects to secure thousands of jobs in maintenance, upgrades to public housing, through to road maintenance, upgrading train stations and a very significant boost, more than $1 billion to schools,” Mr Andrews said.

He said many of the projects in the Building Works package were new while others had already been planned but were being brought forward.

The projects were specifically chosen because they could begin quickly and stimulate the economy.

Work to refurbish 23,000 public housing units would begin immediately with the rest of the projects to get underway within three to six months, he said.

The package is expected to create 3,700 direct jobs and thousands more indirect jobs.

“We’re ready to go with this and it will be a great boost to carpenters, to bricklayers, to concreters, to people who do carpet laying, to plumbers across the board,” Mr Andrews said

The money is in addition to the State Government’s $1.7 billion Economic Survival Package announced last month.

Spending and projects in the package announced today include:

State to get new schools, upgrades and relocatable buildings

Mr Merlino said the works would create capacity for 21,000 additional student places around the state and more than 1,600 local construction jobs.

“I’m really pleased that Clifton Creek Primary school, the school that was burnt down in the summer bushfires, [will be rebuilt],” he said.

“This is the biggest school building program our state has ever seen,” he added.

“It will also deliver on all our remaining election commitments.”

Michelle Brooker is the general manager of her family’s construction businesses, Brooker Builders, that is based in Bairnsdale in East Gippsland.

She said the construction industry in East Gippsland had slowed down.

“In East Gippsland we have had three years of drought, then the bushfires and now COVID-19,” she said.

“Due to a lack of work in the area a majority of our workforce is currently working outside of East Gippsland.

“Now that has never happened before.” 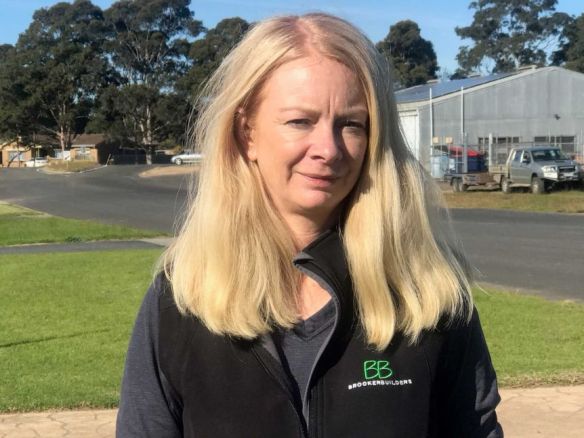 She said the State Government funding was a “welcome opportunity” for the building sector right across the state.

” We know that we still need to prove value for money and to be competitive but we believe this is an opportunity and it would be fantastic to turn that opportunity into reality.”
Successful tenderers to source additional labour through government scheme

Mr Andrews said the Working for Victoria scheme, in which people who have lost their jobs due to the pandemic are placed into industries and sectors that need more staff, would be a core component of the building tenders.

“If a business wins a tender and needs to employ additional staff over and above what they have now, they will have to come to Working for Victoria first and if we can match up people who have lost their jobs with these small and medium firms then that’s a fantastic outcome,” he said.

For the very best in premium service call Nellakir now on 03 9467 6126 and book an obligation free consultation with one of our expert technicians. Nellakir provide full Annual Maintenance including recoating and linemarking, long term maintenance such as resurfacing and resanding, and professionally scheduled cleaning of all premium Timber Sports Flooring. If you prefer you can leave your details here for a prompt reply. 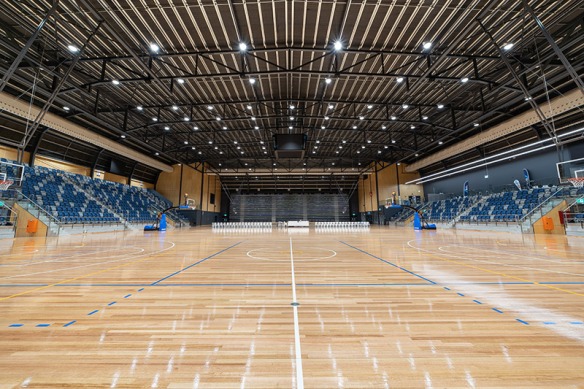 You can trust Nellakir to deliver – every time, ensuring your premium timber playing surface is presented at the highest level of professionalism for every game.

With Maintenance bookings now filling up fast, don’t forget to ensure your court remains competitive. Book now for the first school break or later in the year. Ensure the playing surface on your Sprung Timber Sports Flooring remains at its very best. From re-coating to re-sanding or a full refurbishment – call Nellakir now on 0394676126. Book in for an annual maintenance program. Call the experts. Nellakir for expert construction and programmed maintenance on all Sports Flooring

Are you looking for drills that will help your youth basketball team get out in transition and score more points on the fast break? Then you’ll love these two practice ideas.

The first one is called the “Celtics Layup Drill”, and it trains your kids to pass accurately and finish at high speed in a full court setting. It’s also excellent for keeping your youth basketball team in top physical condition.

The second drill is called “Triangle Breakout” – this one focuses on boxing out after the shot goes up, then quickly transitioning from defense to offense. If you enjoy these drills, make sure you download the Fast Break Domination eBook today.

This drill is run with two group of players simultaneously moving down the court, one on each side of the court and going towards opposite baskets (see the diagram below).

The coach should look for crisp and accurate chest passes. He should also see the player going through the drill running hard and finishing hard with a layup. The players on each spot should pass the ball back so that the player running the floor doesn’t have to break stride. 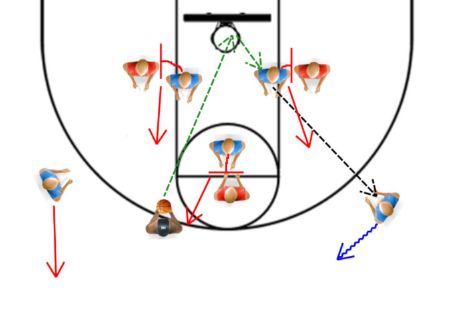 To initiate the drill, the coach will take the shot. When the shot is taken, the defensive players must box out the offensive players. Once a defender grabs the rebound, that player must make an outlet pass to one of the players on the wing. The offensive players should contest the outlet pass. If the defense doesn’t grab the rebound or successfully make an outlet pass, then the ball goes back to the coach for another shot.
Once the outlet pass is made, all five players (the three in the triangle under the basket and the two outlet players) break up court and run a play. Once the play is completed, the drill is run again.

The coach should make sure the defensive players find a man and successfully box that man out. Players should go up strong for the rebound. Then a crisp outlet pass should be made.

The defensive players should be vocal, yelling out “Shot” and “Box Out” when the shot goes up. When they secure the rebound, the rebounder should yell “Ball” and the outlet man should yell “Outlet!” to receive the pass and begin the fast break.